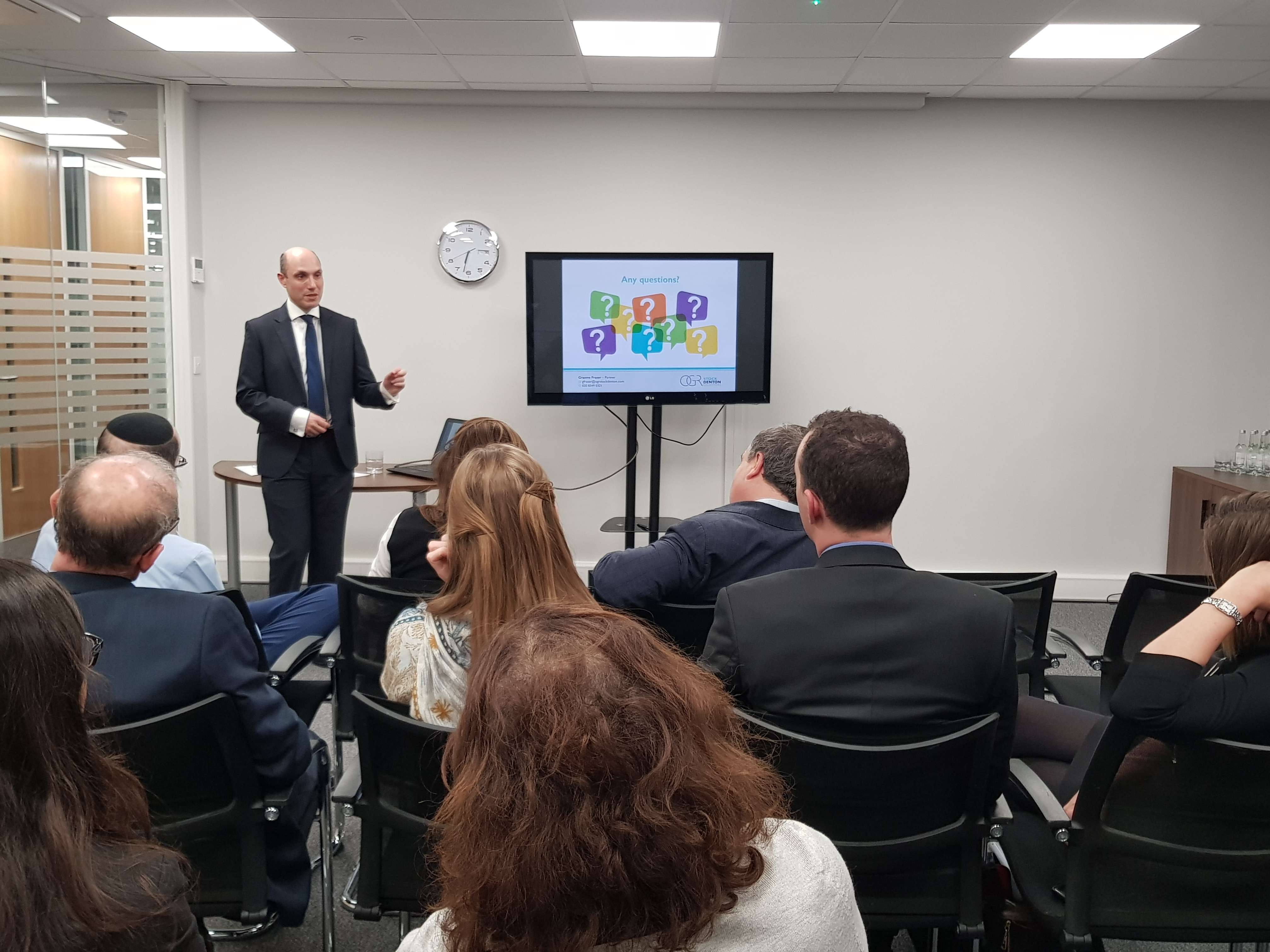 Cohabitation matters are in the spotlight at a North London law firm, which played host to a seminar on the subject last week to coincide with Cohabitation Awareness Week.

The seminar at Finchley-based OGR Stock Denton LLP was led by Graeme Fraser, a Partner at the firm who is also the national spokesperson on cohabitation for Resolution, the family law organisation, which promotes a non-confrontational approach.

While there remains a widespread misconception that cohabitees have rights as a result of ‘common law marriage’, the truth is that cohabitees enjoy none of the rights that married couples have and this can lead to a range of difficulties.

The seminar, aimed at legal professionals, covered the challenges that cohabitees can face as a consequence of the lack of legal provision, such as the lack of special rights if the relationship comes to an end or to act as next-of-kin if their partner is taken ill.

It also covered the steps that cohabiting couples can take to protect themselves, such as a cohabitation agreement.

Graeme Fraser said: “Too many people still assume that there are automatic legal rights for cohabitees and that leaves a large number of couples vulnerable in a range of situations.

“My Resolution colleagues and I are keen to make the public more aware of the lack of legal rights enjoyed by cohabitees and the steps they can take to protect themselves.

“I was pleased that the participants at the seminar were so engaged with the issues at hand and the ways in which they can make a positive difference for their clients.”

The latest data from the Office for National Statistics shows that cohabitees are the fastest-growing type of household in the UK.