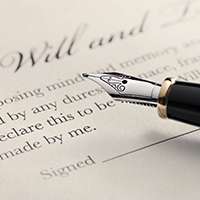 A cleaner has successfully overturned a Will that stood to disinherit her, following a High Court challenge.

Leonora Da Costa, worked as a cleaner for Harold Tickner, who had once been Head Waiter at the Savoy Hotel.

In 2014, Mr Tickner made a Will leaving the bulk of his estate to Mrs Da Costa, who had looked after him following the death of his wife in 2012.

However, just 16 days before his death in June 2015, Mr Tickner handed the keys to his £500,000 Harrow home to his nephew, retired barrister, Dennis Germain and made a new Will leaving a remaining £15,000 from his estate to his daughter, Karen Tickner.

Mrs Da Costa believes she is entitled to £400,000 from Mr Tickner’s estate.

The judge said he was not sure that there was sufficient evidence to show that Mr Tickner had understood the contents of the 2015 Will. However, he said there was “no real doubt as to the validity” of the 2014 Will.

He said: “The 2014 Will was prepared by his usual solicitors, read to him and explained to him by them.

“In my judgment, it is clear that he did know and approve its contents.

“I would, therefore, hold that the 2015 Will is invalid on the grounds of lack of capacity. I pronounce against the 2015 Will and in favour of the 2014 Will.”

The ruling means that Mrs Da Costa can now challenge the gift of the Harrow property to his nephew in a case set to be heard by another judge at a future hearing.