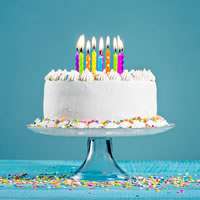 A bakery previously found guilty of discrimination over its refusal to produce a cake supporting gay marriage has failed in its bid to have the ruling overturned.

Ashers Bakery, based in Belfast, Northern Ireland, had declined to make a cake carrying the slogan “Support Gay Marriage”, which has been requested ahead of the International Day Against Homophobia two years ago.

The family-run firm, which is owned by devout Christians, argued that the message was contrary to their religious beliefs.

Last spring, a Judge ruled that the bakery had discriminated against customer Gareth Lee, who placed the order, on the grounds of sexual orientation.

The Court of Appeal this week upheld the decision.

Sir Declan Morgan, one of three senior Judges who presided over the case, said that the legislation could not be altered for the benefit of one specific religious or political group.

“The fact that a baker provides a cake for a particular team or portrays witches on a Halloween cake does not indicate any support for either,” he added.

Mr Lee, who was supported by the Equality Commission for Northern Ireland, said at the conclusion of proceedings that he was “relieved and very grateful”.

Baker Daniel McArthur, who runs Ashers along with his wife Amy, said: “This ruling undermines democratic freedom, religious freedom and freedom of speech.”

The couple now plan to appeal again, this time taking the case to the Supreme Court.