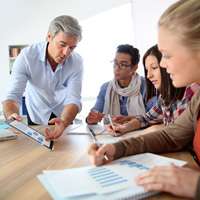 In a bid to combat age discrimination in the workplace, a charity group backed by several big-name businesses is calling for a “shift to an ageing workforce”.

Community outreach charity Business in the Community has released a report entitled Age in the Workplace, which calls for a fairer society in employment.

The report, which hopes to highlight the benefits older team members can bring to the business world, has been backed by the likes of Boots, Aviva, Barclays and the Royal Air Force, according to reports.

Rachel Saunders, Director at Business in the Community’s Age in the Workplace campaign, says: “We no longer have a default retirement age but established social norms entrenched over a long period of time must be addressed to ensure that recruitment and progression are fair for men and women of all ages.

“Real change is needed to address age bias and discrimination which are barriers to fulfilling work in later life.

“The shift to an ageing workforce needs to be harnessed by business. Retaining, retraining and recruiting older workers is critical to this,” she added.

The call for action comes after the group’s studies revealed that the number of people aged 65 and above in the UK now makes up approximately one fifth of the entire population – and that the number is expected to double by 2050.

The charity’s report calls for greater inclusion of older applicants during the recruitment process.

For further information about this blog or should you need any employment law advice then please speak to Susan Bernstein, Partner in our Employment team on 020 8349 0321 or by email at sbernstein@ogrstockdenton.com