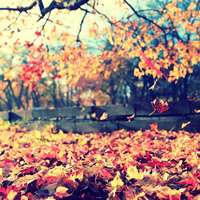 Property body Rightmove is calling upon Chancellor Philip Hammond to use his forthcoming Autumn Statement to offer greater support for Britain’s first-time buyers, after a study revealed rising ‘negative sentiment’ amidst those trying to get on the property ladder.

Rightmove’s study revealed that Britons aged 21-24 and adults living at home with their parents were growing increasingly pessimistic about their property prospects.

In a bid to support would-be homeowners and ensure that more affordable homes to buy are built in the right locations, Rightmove has suggested that the Chancellor should consider the following:

The calls come after the property body’s research suggested that would-be homeowners were finding themselves priced out of the market, with the average price of a ‘smaller property’ on the rise by approximately 8.2 per cent (or £15,000) each year.

Rightmove said that this was representative of approximately double the average percentage growth rate in other market sectors.

Overall, the price of property coming to market recorded a resilient seasonal fall of 1.1 per cent at the beginning of this month, Rightmove added.

Miles Shipside, director and housing market analyst at Righmove, said: “Price resilience is not good news for cash-strapped aspiring first-time buyers, and in spite of the more subdued time of year, the smaller properties that they typically target have increased in price this month – the only market sector to show an increase.

“In the sprint to get onto the housing ladder, wage inflation to help meet lender affordability ratios and to save for the larger deposits required is being comprehensively outrun by price increases.

“Short-term options that might be top of a first-time buyer’s list would be a Stamp Duty holiday exclusive to them. However, there are dangers to increasing demand unless this is matched by policies to improve supply, and more radical steps need to be taken to remove some of the barriers preventing more affordable homes to buy and rent from being built in the right locations.”