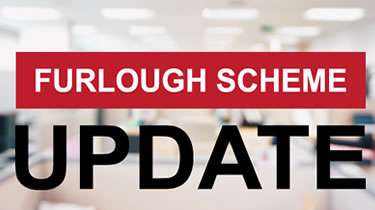 The Chancellor, Rishi Sunak, has announced a series of changes to the Coronavirus Job Retention Scheme (CJRS) from July that will see furloughed employees able to return to work part-time, but with the value of Government support reducing gradually from August.

Meanwhile, the scheme will, in effect, close to employees who have not previously been furloughed from 10 June, before closing completely at the end of October.

A system of ‘flexible furloughing’ will come into effect from 1 July, allowing employers to bring back furloughed employees for any amount of time on any shift pattern, while still able to claim a grant in respect of the time not worked when they otherwise would.

Employers will have to pay employees at their usual rate of pay for any hours they work, while also covering the cost of Employer National Insurance Contributions (NICs) and minimum employer automatic enrolment pension contributions that this pay attracts.

They will need to reach new flexible furlough agreements with any furloughed employees brought back on a part-time basis.

From 1 August, CJRS grants will cease to cover Employer NICs and pension contributions, with this cost passing to employers. The grant will continue to cover 80 per cent of furloughed employee’s usual wages, up to a cap of £2,500 a month.

However, from 1 September, the value of the grant will fall to 70 per cent of a furloughed employee’s usual wages, capped at £2,187.50 a month. Employers will be expected to contribute the remaining 10 per cent plus NICs and pension contributions to reach a combined total payment to the employee of 80 per cent of their usual wages, up to a cap of £2,500 a month.

At the same time, the Chancellor confirmed the closure of the scheme to new entrants from 30 June. After this point, employers will only be able to furlough employees who have been furloughed for three full weeks at any point before 30 June.

This means the last day an employer can furlough an employee for the first time will be Wednesday 10 June.

Furthermore, after 30 June, employers will not be able to claim for more employees in a claim period than the maximum number they have claimed for in any period under the scheme in its current format.

Full details of how the scheme will operate from this point are expected to be announced on 12 June 2020.

The announcement comes against the background of an easing of the lockdown restrictions that have closed down large sections of the economy since late March, with the Government now encouraging certain sectors back to work.

The CJRS was announced by the Chancellor in March and currently allows employers to furlough any employees who were on a PAYE payroll and reported to HM Revenue & Customs (HMRC) through the Real-Time Information (RTI) system by 19 March 2020.

Since then, more than a million employers have collectively claimed £15 billion from the scheme in respect of 8.4 million employees, via the Government’s online portal.

The announcement comes days after the Chancellor issued a new Direction to HMRC, updating the record-keeping requirements of the scheme.

Under these requirements, the written agreement that the furloughed employee will, under the current terms of the scheme, cease all work must be retained until 30 June 2025 and:

It is widely expected that HMRC will audit use of the scheme retrospectively over the coming months and years, with potentially hefty penalties for those found to have acted improperly.