Home » Can an older employee be made to retire? 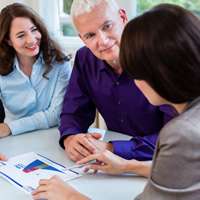 Since the abolition in 2011 of the statutory default retirement age of 65, the imposition of a retirement age by an employer will amount to age discrimination unless the employer can objectively justify it.  As a result of the perceived difficulty of doing so, few employers have continued to apply a fixed retirement age and many employees have decided to continue working beyond 65. The number of older people in the workforce is likely to increase still further when the state pension age – currently 65 for men – is due to equalise for women in 2018 and rise for both men and women to 66 by 2010 and 67 by 2026-2028.

Although many older employees can often offer experience, company loyalty and an understanding of the needs of customers and clients of a similar age, some older employees may become less productive and less flexible.  So what can an employer do and not do in relation to older employees?

What can an employer say to an older employee at a meeting to discuss their future plans?

Whatever the employee’s age, discussing in a general way their future aims and aspirations can help an employer identify training or development needs and provide an opportunity to discuss future work requirements.  For all employees, these discussions may involve the question of where they see themselves in the next few years and how they view their contribution to the organisation.  A useful exercise is to ask open questions regarding an employee’s aims and plans for the short, medium and long term. Some employers may find it useful to hold these discussions as part of their formal appraisal process.

Any direct question such as “are you planning to retire in the near future” should be avoided but if the employee indicates they wish to retire there is no problem in the employer talking to them about the date of their retirement and any working arrangements leading up to it.  The outcome of any workplace discussions should be recorded by the employer and held for as long as there is a business need for doing so. It would be good practice to give a copy to the employee.

What if an employee indicates that they will retire and then changes their mind?

If an employee has given their employer formal notice of their intention to retire on a certain date, it is under no obligation to let them withdraw their notice. However, if an employee tells their employer during a discussion that they are planning to retire, they may change their minds before formal notice is given. Where an employee changes their mind and decides not to retire, but where no notice has been given, the first thing an employer should then do is to discuss with the employee their reason for not retiring. This can help establish whether there is any issue the employer might be able to help the employee overcome so they can retire on the due date or shortly after. Ultimately, however, if the employee decides they do not wish to retire, for whatever reason, then the employer cannot compulsorily retire them, as this would leave the employer open to a complaint of unfair dismissal and age discrimination.

Can an employer ever dismiss an older employee?

Whatever an employee’s age, they can lawfully be dismissed for genuine conduct or capability issues or for redundancy, assuming a fair procedure is followed.  However, in the case of older employees being dismissed, be warned – a tribunal can be very astute at spotting where a dismissal process is a pretence.

For example, in Peters v Rock Chemicals Limited, t/a Rock Oil Company, Mr Peters was the company accountant at Rock Chemicals, a family- run business involved in fuel sales. In 2009, at a succession planning meeting, Mr Peters indicated that he might consider retiring, as he was due to reach 65 in October 2012. In December 2011, Rock Chemicals recruited a qualified accountant who was introduced to third parties as Mr Peters’ successor. Thereafter relations between Mr Peters and Rock Chemicals became strained.  In July 2012, Rock Chemicals was fined by HMRC for making late PAYE payments.  Although Mr Peters was called to an investigatory meeting, no further action was taken.  In February 2013, Mr Peters informed Rock Chemicals that he was investigating a discrepancy in the company’s fuel stocks. He was invited to a meeting in March 2013 with the Chairman and the HR manager to discuss succession planning, the PAYE fine, the fuel stocks discrepancy and a number of historical matters that had resulted in complaints The atmosphere at the meeting was hostile from the outset and got worse when Mr Peters said he had no plans to retire.  After that meeting, Mr Peters was signed off with work-related stress.  In February 2014, whilst Mr Peters was still off sick, he was called to an investigatory meeting regarding the allegations raised against him in March 2013. That meeting was postponed until December 2014 and was conducted by the Chairman’s son. It was followed by a disciplinary hearing in January 2015 conducted by the Chairman, the outcome of which was Mr Peters’ summary dismissal on the ground that his conduct amounted to gross negligence. Mr Peters claimed unfair dismissal and age discrimination arguing that the real reason for his dismissal was that Rock Chemicals had already appointed his successor and wanted him to retire at 65.  The employment tribunal upheld his claims on the basis that when Mr Peters indicated that he would not retire, Rock Chemicals ‘trumped up’ charges against him to engineer his dismissal.  Save for the fuel stock discrepancies, the allegations raised against him were historical and no action had been taken about them at the time they arose.

In Holden v Roalco Ltd, Mr Holden worked for Roalco, a family-owned property maintenance business, as a contracts supervisor. In September 2013, Roalco discovered that the division in which Mr Holden worked had made substantial losses and in October 2013, called Mr Holden to a meeting and told him that some employees might be made redundant.  Mr Holden’s manager asked him when he was going to retire and said she needed an answer by the next day. The following morning she pushed him for an answer saying the company had decisions to make that may affect guys with young families.  Mr Holden said he was not looking to retire.  On 11 December, Mr Holden was told he was at risk of redundancy.  Roalco conducted an assessment of him whereby they scored him against the skills framework for the more senior position of contracts manager to determine whether to place him in a pool with the two existing contracts managers.  Roalco did not consider it necessary to score the existing contracts managers as they were already doing the job and as Mr Holden scored less than 100 they decided not to place him in a pool but to provisionally select him for redundancy and he was ultimately dismissed. Mr Holden appealed highlighting that he was the only contracts supervisor put at risk; one of the other contracts supervisors was being trained in an area of work in which Mr Holden had experience. When his appeal was dismissed, Mr Holden claimed unfair dismissal and age discrimination.  The tribunal held that although there was a genuine redundancy situation, the scoring exercise was entirely inappropriate and the pool should have been widened.  It was clear that Mr Holden had been selected for redundancy because of his age.

Is there any way an employer can impose any sort of mandatory retirement age on employees?

Yes.  In fact, the most direct way for an employer to ensure that its employees do not stay on into their old age is to impose a fixed retirement age on its entire workforce provided it can be objectively justified as a proportionate means of achieving a legitimate aim.  The perceived difficulty of establishing justification has meant that few employers continue to apply fixed retirement ages but tribunals called upon to consider those that have, have shown themselves to be relatively receptive to the employer’s arguments.

The Supreme Court decided in Seldon v Clarkson, Wright and Jake that a legitimate aim in this context must be of a public interest nature; and the proportionality test requires that the retirement age be both appropriate and reasonably necessary to achieve the legitimate aim.  It was held in the Seldon case that a retirement age of 65 for partners in a law firm was appropriate and reasonably necessary to meet the legitimate aims of ‘staff retention’ and ‘workforce planning’.

However, it should be noted that as the state pension age increases, an employer imposing a fixed retirement age may need to reassess its appropriateness from time to time in order to ensure that it remains justifiable as a proportionate means of achieving the employer’s legitimate aims.