Home » Can there ever be a valid reason not to pay the National Minimum Wage? 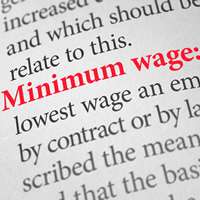 HMRC officials have released some of the most bizarre responses provided by employers when questioned on their reasons for failing to pay the national minimum wage (NMW). Excuses for not paying staff the minimum wage included only wanting to pay staff when there were customers to serve and believing it was acceptable to underpay workers until they had “proved” themselves. It was also suggested that it was permissible to pay foreign workers less than the NMW since they didn’t have the right to it and that someone who made the tea and swept the floor didn’t deserve it.

On release of the list, Business Minister, Margot James, said that “There are no excuses for underpaying staff what they are legally entitled to…I would encourage anyone who thinks they may be paid less to contact Acas as soon as possible”. In light of the revelations, the Department for Business, Energy & Industrial Strategy (BEIS) has announced a new awareness campaign to ensure workers understand their rights under the law. Acas Head of Guidance, Stewart Gee has thrown his support behind the proposal, welcoming the campaign “as there are no good excuses for not paying staff what they are legally entitled to”.

The new National Minimum Wage rates are as follows:

*This apprentice rate is for apprentices aged 16 to 18 and those aged 19 or over who are in their first year. All other apprentices are entitled to the National Minimum Wage for their age.