Home » Can an employer be vicariously liable for injury caused at an impromptu work after party? 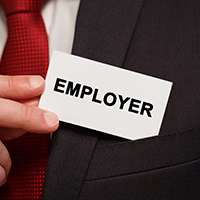 The Court of Appeal held in Bellman v Northampton Recruitment  Limited  that it could.

Facts: Mr Bellman was a sales manager for Northampton Recruitment Limited (“the company”).  He was a longstanding friend of Mr Major, the company’s managing director. The company held a Christmas party at a golf club and when it ended, Mr Major arranged taxis to transport some of the staff to a hotel where they continued drinking, with drinks mainly paid for by the company.

After a couple of hours, an argument arose between Mr Bellman and Mr Major concerning a new employee’s placement and terms. Mr Major got cross and summoned staff to give them a long lecture on how he was in charge and would do what he wanted. When Mr Bellman verbally challenged this, Mr Major punched Mr Bellman, causing brain damage.

The court was asked to decide whether the company was vicariously liable for Mr Major’s actions. The judge at first instance said the essential issue for the court to address was the nature of Mr Major’s job and whether there was a sufficient connection between the position he was employed in and his wrongful conduct to make it right for the employer to be held liable under the principle of social justice.  Since the assault was committed after a social event when the obligation to attend had ended, the drinks at the hotel were entirely optional and spontaneous.  Merely raising a work topic at a social event did not have the effect of changing the interaction between colleagues into something in the course of employment. There was an insufficient connection between the assault and the position in which Mr Major was employed to render the company vicariously liable and accordingly the claim was dismissed. Mr Bellman appealed.

Held:  The Court of Appeal upheld the appeal.  It confirmed that two key matters needed to be considered: (i) the nature of the employee’s job – to be construed broadly and objectively, and (ii) whether there was sufficient connection between his job and the wrongful conduct to render vicarious liability appropriate.  Mr Major’s functions were widely drawn.  Mr Major owned the company, was its most senior employee and directing mind, and had full control over how he conducted his role. As regards the connection between Mr Major’s job and his wrongful conduct, the Court of Appeal found that the drinks party was not a purely social event happening to involve colleagues but a follow-on from an organised work event attended by most of the company’s employees, where the company paid for taxis and drinks. When Mr Major’s managerial authority was challenged, he summoned his staff and decided to exercise his authority over them.  In those circumstances, there was a sufficient connection between Mr Major’s wrongful conduct and his role and accordingly the company was vicariously liable for his actions.

Conclusion: It should be noted that the Court of Appeal was quick to confirm that this case was not authority for the proposition that employers are insurers for the violent acts of their employees.  The facts of this case are rare but it is clear that the extent of Mr Major’s authority and his conduct in asserting it were critical factors that led to the success of Mr Bellman’s appeal.