Home » Can an employer refuse holiday in order to attend religious festivals? 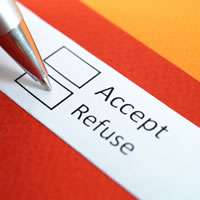 In Gareddu v London Underground Ltd, the Employment Appeal Tribunal (EAT) upheld an employment tribunal’s decision to reject a claim of indirect religion discrimination on the ground that Mr Gareddu’s asserted need to take five weeks’ leave to attend a series of religious festivals was not genuine.

Facts: Mr Gareddu, a Roman Catholic from Sardinia is employed as a Quality Engineer for London Underground.  He is entitled to 38 days’ holiday each year (including bank holidays) and between 2009 and 2013 he was allowed to take five consecutive weeks’ holiday in the summer, to return to Sardinia with his two brothers where their mother lives in order to be together and attend ancient religious festivals. Thereafter, a new manager refused him permission and only allowed him three consecutive weeks’ of holiday. Mr Gareddu claimed that this indirectly discriminated against him on the basis that it prevented him from manifesting his religion by attending the religious festivals.

Held: An employment tribunal dismissed the claim.  Although it accepted that participation in religious festivals might constitute a manifestation of religious belief, it found that in one year Mr Gareddu had only attended nine of the 17 religious festivals he had stated were important for him to attend each year. The tribunal observed that the choice of which festivals to attend was a matter of family arrangement rather than religious belief. Mr Gareddu appealed. The EAT dismissed the appeal on the ground that Mr Gareddu’s evidence about his previous attendance at the annual festivals was not true.  In one year, he had only attended around half of the festivals which he claimed were of deep religious significance to him. The EAT also rejected Mr Gareddu’s argument that the tribunal had erred by weighing up the religious reasons for his desire to travel to Sardinia against other non-religious reasons for doing so.  It found that the real reason for wanting to take the lengthy period of holiday was the wish to be with his family.

Comment: The outcome of this decision is not surprising, given that Mr Gareddu’s evidence about his previous attendance at the religious festivals was found not to be true. Although it was not in doubt that attendance at festivals in Sardinia was a manifestation of religious belief for Mr Gareddu, it was just that the attendance at the festivals was shown not to be the genuine reason for his extended holiday request.  Had it been genuine, the employer may have been able to justify their refusal by showing that their policy of limiting holiday to no more than three weeks at a time was a proportionate means of achieving a legitimate aim.