Home » Can divorce be contagious? 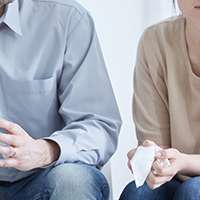 Ten years ago, an academic study in the US claimed that divorce can spread like a “contagion”.

Notwithstanding the pejorative terminology, the study raises some interesting questions about the wider effects of a divorce in your family or social circle.

It found that people who have a close friend who is also divorced are themselves 75 per cent more likely to divorce.

Meanwhile, where someone is has a number of divorced friends, they are 147 per cent more likely to divorce.

At the same time, a sibling’s divorce makes someone 22 per cent more likely to divorce and even a colleague’s divorce increases your own risk of divorce by half.

Commenting on the research to the Huffington Post, Chartered Psychologist, Dr Caroline Schuster, said: “Peer comparisons can impact on relationships. It can highlight similar issues in your own relationship, and things can go from there.

“Sometimes the relationship is irretrievable; other times I have clients coming into clinic and wanting to work on it. And sometimes ending a marriage can seem like the easiest option.”

She added: “We’re living in an age where women are stronger and it is easier for them to say they want more. They may not feel they need to stay in an unhappy marriage – or a marriage where they are being coercively controlled, or experiencing violence – because of changing social attitudes.”

Link: Divorce is contagious. Here’s why.