Home » Can a dismissal be decided by reference to a history of expired warnings? 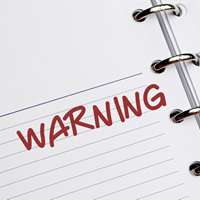 Yes, sometimes. In Stratford v Auto Trail VR Ltd the EAT considered whether an employer taking account of a history of expired warnings meant that the employee’s dismissal was unfair.

Mr Stratford started working for Auto Trail in 2001. He had a poor disciplinary record containing seventeen items, the last being a three month warning in January 2014 for using company machinery for personal use.  In October 2014 Mr Stratford was seen with his mobile phone in his hand on the shop floor which was strictly prohibited in Auto Trail’s staff handbook.  Following a disciplinary hearing, he was dismissed with 12 weeks’ pay in lieu of notice.  The reasoning stated that this was the eighteenth time that Mr Stratford had asked for one more chance, stating that he loved his job and was highly skilled but there was no reason to believe that there would not be further conduct issues.  While Mr Stratford’s actions may not always be intentional, he did not understand their consequences. When Mr Stratford brought a claim for unfair dismissal, the employment tribunal held that although normal employment practice was to disregard a warning once it had expired, Auto Trail had been entitled to have regard to Mr Stratford’s disciplinary record and his attitude to discipline in general. Mr Stratford appealed.

Held – The EAT dismissed his appeal The fact of previous misconduct, the fact that a final warning had been given in respect of it and the fact that the final warning had expired at the date of the later misconduct would all be objective circumstances relevant to, but not determinative of, the question of whether the employer acted reasonably or unreasonably.  In this case, Auto Trail had been entitled to take into account Mr Stratford’s previous record and the prediction as to how Mr Stratford was likely to behave in future.

Comment – It may be difficult to decide in what circumstances expired warnings can be taken into account. It would seem that a distinction may be drawn between using expired warnings to elevate conduct into a dismissible offence (which is impermissible) and having regard to previous conduct, regardless of the fact that it was the subject of an expired warning, when deciding on the sanction for a dismissible offence (which is permissible).  However, this distinction may prove difficult for employers. The case highlights the need for carefully drafted disciplinary policies which anticipate dealing with repeat offenders and although the Acas Code indicates that final warnings should normally have a time limit of 12 months, that need not always be so if the nature of the misconduct justifies a longer  duration.