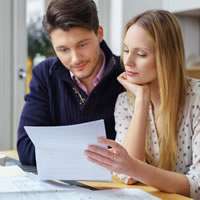 A week-long campaign to make the case for using mediation in family law proceedings is officially underway.

UK Mediation Awareness Week will be used to argue the advantages of using a mediator to resolve disputes rather than launching straight into traditional court proceedings.

An official website, set up to publicise the event, makes the case that the process has the potential to be quicker and less costly than litigation.

The campaign has the backing of a number of influential bodies including the Family Mediation Council, the Law Society and the College of Mediators.

It was revealed earlier this year that only one in five couples going through the divorce process are considering the option of mediation proceedings.

In 2014, a change in rules effectively made Mediation Information and Assessment Meetings (MIAMs) compulsory for those going through a separation.

But figures published by the Ministry of Justice showed that over a 12 month period, in which some 18,000 private applications were made to the family court, just 4,000 MIAMs took place.

Jane Robey, the chief executive of National Family Mediation, said that the figures show the rule changes introduced by the Government two years ago had not achieved the desired aim of promoting alternatives to court.