Home » Calls to reform divorce law in England and Wales 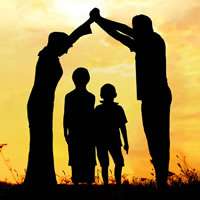 Peter Martin, Head of Family Law at OGR Stock Denton, has commented on news that a landmark report has reignited the debate regarding no-fault divorce in England and Wales.

He said: “Family lawyers have been calling for no-fault divorce for years. It even formed part of a 1996 Act, but was not put into effect and then abandoned.

“The Government have recently amended the divorce petition to make it easier for people to do this themselves – but failed to do it properly so that litigants in person will be encouraged to name third parties in divorce amongst other defects.

“Will the Government take any notice of this most recent evidence? Unfortunately, probably not.”

His comments come after a leading research group called for urgent reforms to divorce laws in England and Wales, after a far-reaching study found that existing laws are ‘incentivising’ people to exaggerate claims of adultery and unreasonable behaviour.

The Nuffield Foundation’s landmark report, Finding Fault? Divorce Law and Practice in England and Wales, is the first study of its kind in three decades.

Using empirical evidence and observations, the Foundation has argued that existing divorce laws are encouraging people to exaggerate claims of ‘fault’ in a bid to speed up the divorce process.

This is because individuals who wish to separate need to submit a divorce petition detailing how the other party is ‘at fault’ if they wish to divorce their partner within less than two years – a period which is often extended to five years if the other party does not consent to the divorce.

The Nuffield Foundation claims that separating couples are increasingly adopting the tactic of exaggerating claims of adultery and unreasonable behaviour – as these claims are difficult for an opposing party to disprove.

Such claims also cannot theoretically be investigated by the Courts.

Following its findings, the Foundation is calling for immediate change.

It suggests that a new ‘notification system’ be introduced, which would make divorce ‘available’ to separating couples whenever both parties have registered that a marriage has broken down irretrievably, or one party has registered this and the other has agreed within six months or less.

The news comes at a time when the Government is facing mounting pressure to introduce no-fault divorce.

Study leader Professor Liz Trinder, of the University of Exeter, said: “This study shows that we already have something tantamount to immediate unilateral divorce ‘on demand’, but masked by an often painful, and sometimes destructive, legal ritual with no obvious benefits for the parties or the state.

“A clearer and more honest approach, that would also be fairer, more child-centred and cost-effective, would be to reform the law to remove fault entirely.

“There is no evidence from this study that the current law protects marriage, and there is strong support for divorce law reform amongst the senior judiciary and the legal profession,” she said.

The Nuffield Foundation’s potentially game-changing report, which has already reignited the ‘no-fault divorce debate’ across the UK, can be viewed here.