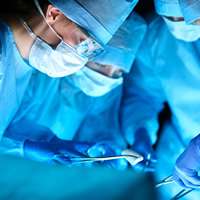 Health Secretary Jeremy Hunt has backed plans to hold an inquiry into the actions of a disgraced breast cancer surgeon.

Ian Paterson, who exaggerated or invented cancer risks in a number of his patients, was convicted of 17 counts of wounding with intent last month.

Mr Hunt, who described the malpractice as “profoundly shocking”, said that an investigation would have his full support.

He said: “I have agreed that, if returned to government, we will hold a comprehensive and focused inquiry to ensure that any lessons are learnt in the interests of ensuring patients are protected in future.

“We will take any testimony from those affected, their families, and others who may wish to come forward.”

Mr Paterson, who worked in the West Midlands, has been accused of having a “God complex” and in many instances had performed surgery for “no medically-justifiable reason.” The 59-year-old is due to be sentenced this month.

Separate to the criminal proceedings, the Heart of England NHS Trust has paid out almost £18million in damages and legal costs to hundreds of former patients.

And later this year, around 350 individuals who saw Mr Paterson privately are to go to the High Court to seek their own compensation deal.

Both Labour and Liberal Democrat politicians have supported calls for an inquiry.

Shadow Health Secretary Jonathan Ashworth said that the former surgeon’s “reprehensible” actions needed to be looked into, while Baroness Lorely Burt, a former MP for an area where many of Mr Paterson’s patients lived, called for “a bright light” to be shone into the health service to ensure a similar scandal never happens again.

It is important to seek expert legal advice if you believe you have the grounds to pursue a clinical negligence claim.  For guidance please contact our head of Dispute Resolution Stephen Silverman or visit.