Home » Businessman to go to Court of Appeal over divorce settlement 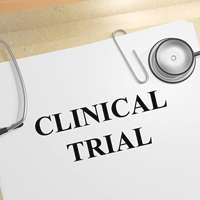 A wealthy businessman is calling on the courts to review his divorce settlement, having argued that his success as a financier needs to be taken into consideration when deciding how much he should be awarded.

Last year, the High Court ruled that a £140million fortune should be divided equally between Randy Work and his estranged wife Mandy Gray. The couple, who have two children, had married in 1995 and separated three years ago.

Mr Work has contended that he had made a “special contribution” to the couple’s wealth through his talent as an investor and, with this in mind, the court should leave aside the usual principle of splitting assets 50/50. He maintains it would be appropriate for him to receive a two thirds share.

While there is provision under the Matrimonial Causes Act to disregard “equal division” when the court deems it would be inappropriate, Mr Justice Holman had ruled last year that there were not sufficient grounds to do so in this case.

At the previous hearing, the Judge concluded that Mr Work’s contribution to wealth creation was not “wholly exceptional.”

In particular he had challenged claims that the American financier was a “genius”.

“I personally find that a difficult, and perhaps unhelpful, word in this context,” he had said.

“To my mind, the word ‘genius’ tends to be over-used and is properly reserved for Leonardo Da Vinci, Mozart, Einstein, and others like them.”

However, Mr Work has now been granted permission to take the case to the Court of Appeal.

Intriguingly, part of the forthcoming hearing may focus on what constitutes a “genius”, given that Mr Justice Holman had appeared to suggest that the term was a “prerequisite” to making special provision.

The Court of Appeal session is scheduled to take place in February.

For further information about this update then please contact Peter Martin, on 020 8349 0321 or by email.