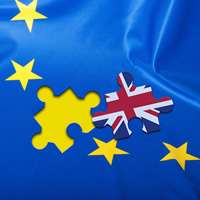 One of Britain’s most influential business groups has said that SMEs will want the Government to clarify its stance over a number of key issues arising from Brexit.

Although talks will take two years, the Federation of Small Businesses (FSB) said that firms expect assurances about trade agreements and access to workers.

Mike Cherry, the FSB’s national chairman, said: “Now that Article 50 has been triggered, it is time for the Government to work towards a pro-business Brexit and give small firms some clarity on how leaving the EU will impact their businesses.

“In particular, FSB members want to see the easiest possible access to the single market. There must also be reassurance for small businesses which employ non-UK EU citizens, and rely on the ability to recruit those with the skills and talents they need.”

One third of small businesses which export outside the UK have previously told the FSB that they would be “genuinely deterred” from trading with the bloc if a tariff of between two to four per cent was imposed on trade between the UK and the 27 remaining member states.

For advice on any aspect of our Company and Commercial services, including our considerable expertise advising on international transactions, please contact the head of the department Gitta Altmann or visit.