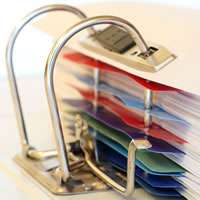 The Ministry of Justice has argued that the UK should opt into EU regulations relating to cross-border family law matters.

The European Commission has outlined plans to implement a new framework to help couples resolve disputes relating to those divorce proceedings and childcare which straddle international borders.

The system will replace the Brussels IIA regulation, which has been applied to cases of this nature for the past 11 years.

Sir Oliver Heald, the Justice Minister, made the case that it was in Britain’s interests to opt into the proposal.

In a ministerial statement released last week, he said that there were concerns that if the regulations took effect before Britain’s departure from the EU (expected to take place in 2019) there could be potential problems if the country had chosen not to sign-up to the proposal.

“This might mean for a period of time no EU instrument regulates these matters for UK families even though the UK is still a member state,” he said.

“Secondly, even after a UK exit the regulation will affect UK citizens, principally in other member states, and it is in the UK’s interests to influence the negotiations.”

The framework is being designed to provide clearer deadlines for certain processes and streamline the system for enforcing judgments in different member states.

There will also be revisions to the rules for dealing with child abduction cases which involve multiple jurisdictions.

Since the regulation will apply across 28 different nations there are likely to be extensive negotiations as to how the system will be integrated with domestic courts.