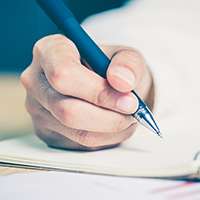 People should be able to make a Will from the age of 16, the Law Commission has suggested.

Last month the organisation outlined plans to overhaul inheritance laws, arguing that the current system was rooted in the Victorian era and had failed to keep pace with changes in society.

The proposals would aim to take account of the fact that people were living longer, dementia was becoming more common and devices such as iPhones and computers were increasingly central to life.

One of the most radical proposals would be to allow those who are 16 or older to set their affairs in order [at present the testamentary age is 18 in England and Wales]. Supporters point out that although 16-year-olds are unable to vote or buy alcohol, it is the age at which individuals can join the Army, consent to sexual activity and leave school.

The Law Commission has also argued in favour of allowing digital materials – such as text messages or emails – to be consider valid Wills in exceptional circumstances.

Law Commissioner Professor Nick Hopkins said: “Making a Will and passing on your possessions after you’ve died should be straight-forward. But the law is unclear, outdated and could even be putting people off altogether.

“We want an overhaul to bring the law into the modern world. Our provisional proposals will not only clarify things legally, but will also help to give greater effect to people’s last wishes.”

Solicitors for the Elderly (SFE) has nonetheless raised concerns about the proposals, warning that they could lead to a greater number of disputes.

Claire Davis, director of Solicitors for the Elderly, said: “Wills are extremely powerful documents and it is important people understand the potential risks we are exposing ourselves and our loved ones to without seeking professional legal advice.

“If implemented, we foresee these proposals resulting in an increase in challenges from disgruntled or dissatisfied relatives, which will only serve to increase court action and all its attendant costs.”

For advice on making or updating a Will please contact our Senior Associate Geoff Dennis (gdennis@ogrstockdenton.com) or call us 020 8349 0321.