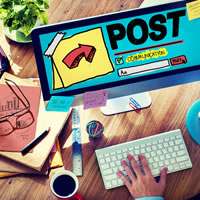 A woman’s bigamy was discovered when her husband came across wedding photos on Facebook, a court heard this month.

Lisa Everard was still married and living with her husband Elliott when she secretly tied the knot with another man, Michael Hughes.

Mr Everard was stunned to discover the pictures of his wife’s clandestine nuptials on the social networking site, but when he confronted her she originally tried to claim that the photos of her wearing a wedding gown were from when she had been a bridesmaid for a friend.

Not convinced, her husband checked the records at his local register office and discovered that she had indeed exchanged vows with Mr Hughes.

Cardiff Crown Court heard that Mrs Everard, 35, had since admitted bigamy and has now left the couple’s home to live with her partner.

The mother-of-four’s defence team argued that the Everards’ relationship had ended some years before she had “re-married.”

Passing sentence, Judge Philip Harris-Jenkins said:  “You should have borne [the impact on the family] in mind before you acted in the selfish way that you did.

“This was not an act of naivety. This was a deception.”

He took the decision to spare Mrs Everard, from Gwent, in Wales, jail, arguing that a custodial sentence would not be in the public interest. Instead he made the defendant the subject of a rehabilitation requirement and ordered that she complete 150 hours’ unpaid work.

Cases of bigamy are now fairly unusual, although those convicted could still face a prison sentence of up to seven years. While custodial sentences are still imposed by UK courts – there have been a number already this year – most tend to be a period of several months.

Peter Martin, head of OGR Stock Denton’s family department, said: “Whilst bigamy is now unusual, it was once more common in the days when obtaining a divorce was very difficult.

“Will it  become more of an option for people who, as a result of legal aid cuts, cannot sort out their divorce and finances in the present day?  A potential bigamist should also remember that one of the major problems they will face is two mothers-in-law.”

For further information about this update then please contact Peter Martin, on 020 8349 0321 or by email.