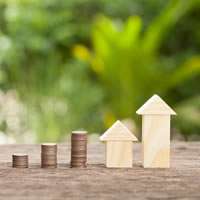 New data suggests that the average UK house price has, for the first time, exceeded £300,000.

According to estate agent Your Move’s latest House Price Index, property values grew by 0.3 per cent this January, pushing the cost of an average UK home up to £300,169 – almost £10,000 more than the average price of £291,165 recorded during the same month last year.

In London, house prices grew by 1.3 per cent and hit an average of £598,001, while Your Move’s data suggests that nationally, property prices have ‘doubled’ since November 2002.

Oliver Blake, managing director at Your Move and Reeds Rains estate agents, said: “It’s been a confident start to the year for the housing market.

“Following a strong December, the performance in January shows a market whose resilience continues to defy the doubters”.

A separate study carried out by fellow estate agent Countrywide in recent weeks has revealed that an increasing number of buy-to-let investors are purchasing properties using cash.

According to their research, 61 per cent of all landlord purchases last month were cash transactions – the highest figure recorded since 2007.