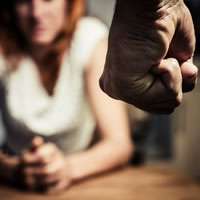 Police forces have struggled to adapt to changes made to domestic abuse laws, a new set of statistics suggests.

It is two years since coercive or controlling behaviour was specifically classed as a criminal offence.

The change in legislation was passed by Parliament in order to make clear that victims were often experiencing forms of abuse other than physical violence.  Charities and support groups have said that attempts to intimidate, undermine, frighten or control a partner over a period of time can have a real impact on those being targeted.

Public understanding of this pattern of behaviour has been improved in part because of storylines in drama programmes such as BBC1’s Doctor Foster or the long-running  Radio 4 soap opera The Archers.  Indeed, the latter show’s long-running storyline about the victimisation of Helen Titchener was credited with raising awareness and prompting people who had experienced similar abuse in real life to seek help.

However a Freedom of Information (FoI) request last month has suggested that police forces in England and Wales have failed to take steps to ensure that their officers are properly equipped to understand and make use of the new legislation.  Indeed, newspapers reported last week that as few as eight forces have signed up to have their officers trained on best practice.

Harry Fletcher, from the Victims’ Rights Campaign, described the situation as “very disappointing”.

“This is a clear reflection of inadequate police training. There appears to be a cultural problem with in the police’s middle and higher levels of management who prioritise training options for officers,” he said.

Sandra Horley, from the dedicated domestic violence charity Refuge, also had concerns and suggested that training was vital given that the signs of psychological abuse were often very subtle.

“We hear of countless incidents where police disbelieve women or fail to investigate properly,” she said. “It is unacceptable that some police forces still do not always arrest perpetrators of domestic violence.

“This is the case even when there is evidence of physical assault, so it is hardly surprising that the police are failing to use the new coercive control legislation.”

Peter Martin, Head of Family at OGR Stock Denton, also comments that this failure can seriously impact on the ability and ease of the victim to obtain Legal Aid in Family issues as evidence of domestic violence is needed, the best and easiest such evidence being from police action.