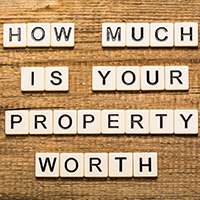 Figures from Rightmove have shown that asking prices for properties in the UK increased by more than £4,500 in March, bringing the UK average asking price for a newly-marketed home to £304,504.

The firm reports that this is the biggest monthly increase for more than a year, following a 2.3 per cent decrease in December.

The research also found that average asking prices in four of 11 regions have hit all-time highs.

Mike Shipside, Director at Rightmove, said: “Many buyers entering the traditionally busy spring market this year face paying more than ever for their target property, and having a more limited choice.”

He indicated that the increases are being fuelled in part by first-time buyers who are eager to take advantage of the Stamp Duty Land Tax (SDLT) relief announced by the Chancellor at his last Budget before savings are negated by price rises.

Mr Shipside suggested that the anticipation of further interest rate rises by the Bank of England is having an effect.

He added: “Buyers who apply for a mortgage before interest rates rise should be able to borrow more cheaply.”

The study also found that average asking prices for first-time and second-time buyer properties have hit respective all-time highs of £189,840 and £272,031.