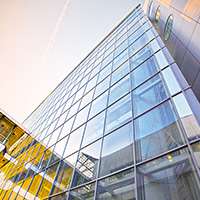 Fresh analysis has confirmed that in excess of £11billion has been invested in Central London’s commercial property market this year.

New data released by the estate agent Savills suggested that £2.35billion was pumped into the sector in July alone.

This took the total turnover for the first seven months of the year to an impressive £11.5billion – up almost a quarter on the figure for the same point in 2016.

Indeed July saw the greatest activity in London for over a decade, with the month’s figures no doubt boosted by the sale of 20 Fenchurch Street. The skyscraper more commonly referred to as the Walkie Talkie was snapped up by a Hong Kong-based property group for a cool £1.28billion.

Overall investment by Asian firms continues to drive transactions (they account for almost two thirds of the turnover in the year to date).

Stephen Down, head of Savills’ central London investment team, said: “Although the restrictions announced earlier in August by the Chinese government will reduce real estate investment from mainland Chinese property developers and institutions, investors from Hong Kong, who have been particularly busy in the market in the past year, are likely to continue to be active.”

Many analysts expect that the value of deals done at the end of the year will exceed the 2016 total of some £17billion.

If you need guidance with any aspect of a commercial property transaction, please contact the head of the Property team Michael Stock or visit our website.