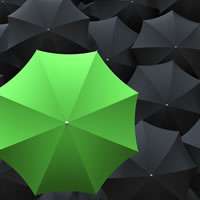 New research suggests that almost three quarters (73 per cent) of female engineers have experienced some form of discrimination, harassment or victimisation at work.

The worrying study, which was commissioned by Hays Construction and Property, also found that as many as 90 per cent of women felt that pregnancy or having children had ‘damaged’ their career prospects.

Only 36 per cent of women working in the sector told the study that they were able to stay in the same job after having children, comparable with a much higher 58 per cent of men.

The research also suggested that sexual harassment and sexist comments were common in the sector. One survey respondent told Hays Construction and Property: “I was once told [by a male colleague] not to worry about having a career in my early thirties as I’d be too busy having children”.

The majority of women quizzed said that they did not believe that the sector offered equal opportunities for men and women in terms of career progression and opportunities for promotion, while many added that they thought having a family could irreparably damage a female engineer’s future job prospects.

Despite this, 64 per cent of female engineers said that they felt secure in their jobs, comparable with 58 per cent of men.