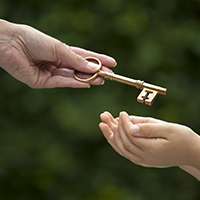 New research carried out by Canada Life has found that 18 per cent of millionaires questioned expect to have little or nothing to leave their beneficiaries.

Meanwhile, nearly half of people whose estate is valued at £1 million or more were worried about their funds for retirement, with a third saying they were concerned that the amounts in their pensions would be insufficient for retirement.

Neil Jones, Ican technical manager at Canada Life, said: “The fear of not having enough for later life is something that is universally shared – regardless of your level of wealth. The potential upshot is that anyone who is relying on receiving a significant inheritance should be wary – it simply may not happen.”

He said, however, that a range of options exist, including trusts, that can protect people concerned about Inheritance Tax Liabilities.

He added: “The use of trust-based solutions can help with retirement and long term care provision and allow the ability to pass what money is available down through the generations.”