Home » Addison Lee courier should have been classed as a worker, Employment Tribunal finds 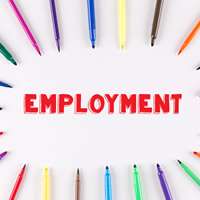 Taxi company Addison Lee has lost a recent worker status challenge, after an Employment Tribunal found that one of its cycle couriers should have been classed as a worker as opposed to an independent contractor.

Mr Christopher Gascoigne worked for Addison Lee as a cycle courier for approximately seven years, according to reports.

The ex-courier challenged the company at the London Central Employment Tribunal, claiming that he should have been classed as a worker as opposed to an independent contractor during that time.

The Employment Tribunal upheld his claims, with Judge Joanna Wade unconvinced by the taxi firm’s opposing stance that Mr Gascoigne was strictly a self-employed contractor.

In her ruling, Judge Joanna Wade noted that Mr Gascoigne worked “under a contract” where he was “expected to carry out work” for his sole employer, Addison Lee, “under its direction”.

The Employment Tribunal also found that the London resident should have been entitled to holiday pay for the period he worked for Addison Lee – and the amount of pay owed will be decided at a later hearing.

The news, which marks the latest in a long line of ‘gig economy’ worker status challenges, comes at a time when companies using the contractor model of employment are under mounting pressure to extend basic workers’ rights such as holiday pay and the National Living Wage (NLW) to the people they provide work to.

Following the decision, a spokesperson on behalf of Addison Lee has said: “Addison Lee is disappointed with the ruling [because] we have always had, and are committed to maintaining, a flexible and fair relationship with cycle couriers.

“This is a single judgment based on one pushbike courier and the circumstances of his particular relationship with Addison Lee in March 2016.

“We note the Employment Tribunal’s verdict, which we will carefully review.”